Leo Adam Biga's My Inside Stories

My alma mater, the University of Nebraska at Omaha, doesn’t possess the kind of larger-than-life, romantic tradition one associates with elite schools, which it most definitely is not.  But in its own humble way the school has accumulated a notable and rich enough history.  A modest book about that history was released a few years ago on the eve of UNO turning 100.  This article for The Reader (www.thereader.com) more or less reviews the book and its impressionistic look at that school that’s seen much change over its lifetime and long ago left behind the West Dodge High moniker that many once attached to it. 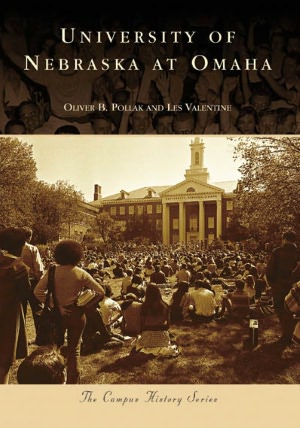 Originally appeared in The Reader (www.thereader.com)

With the UNO centennial nearing, a new book by two longtime historians at the university gives readers a primer on…

Glenn D. Grace is a five-time self-published author and former Blog Talk Radio host. His podcast A Touch of Grace, which first aired in the summer of 2010, on Blog Talk Radio has been on hiatus for the past few years. During the podcasts active time he interviewed over 200 guests. Many of those guests were from the music and literary circles; however, sprinkled among them were other inspiring guests that discussed anything from substance abuse to spirituality. Now in 2021 he is currently working on a new literary piece that he hopes to release by the end of the year. After the 2020 pandemic, and the blatant murder of George Floyd caught on camera, much of his perspective has changed about life. Where he fits in is quite unclear, but one thing for sure he is a fighter. This blog is his forever changing philosophies about life. Enjoy, GD View all posts by Glenn D. Grace

Daily news and entertainment for African-Americans. Your one stop for all things Black America.

News, Weather & Sports For All Of Colorado

"Your Silence Will Not Protect You" ~ Audre Lorde

THE MODERN GAY GUIDE TO LIFE

News, Sports, Weather, Traffic and the Best of Atlanta

The #1 spot for Urban Film and Stage

wisdom from my soul

This WordPress.com site is the bee's knees

This Is Moscato Life

A Lifestyle Companion For The 9 to 5 Urbanite

Your Passport to Great Books